If you’re reading this article, you’re lucky because you’re among the 50 % of the folks that have the access to the internet.

In fact, if you can afford the internet, you’re most likely richer than most of the world’s population.

The wealth has invariably been distributed unevenly for one reason or another.

Today the gap between the rich and the poor is absolutely mind-blowing.

The top 8 richest man are as wealthy as the half of the world’s population. income inequality is at it’s peak.

In other words, 8 people have equally the same wealth as 3 billion people combined.

Of course, these people are rich for different reasons.

Some of them are simply lucky because they were born in certain families, but most of them have hustled to get to the position that they are today.

But what are the chances you will become that rich, maybe not a billionaire but at least a millionaire?

Definitely, it mainly depends on you but whether you realised that or not, the world around you is designed in such a way that it constantly pushes you to stay poor.

I am not here trying to sell you a conspiracy theory, that behind the scenes there are a small group of super powerful people who control every single thing that’s happening in the world and they are keeping you poor.

That’s, not the point.

The whole problem is in the way our society is designed.

To be more precise, it’s about our educational system.

I am not only talking about the college but the primary school as well.

We are trained to be productive skilled workers in the time that we spend in school and college.

That’s the kind of people that companies are looking for.

And that’s where the problem lies in, the job of the educational system is to produce employees and not entrepreneurs.

People who will work for another company and not create a new company.

In fact, that’s why schools and colleges where created in the first place.

During the industrial revolution, in 18th and 19th century, the technology improved like never before and factories started emerging.

Many people could not do the factory jobs since more than 80% of the population at that time were farmers.

People needed to be trained in order to be able to do the jobs that these factories were offering.

Over the time system has improved.

Primary school became compulsory and so on, but the main concept is still the same.

To produce workers who can do the jobs that companies are offering.

This is not entirely bad, you can have a pretty good life as an employee.

But your income will always depend on your employer and you won’t even be financially free.

The moment you lose that job, you lose everything.

The point of this article isn’t about convincing you that school and college are absolutely useless, that’s not true, school is the place we learn how to read and write in the first place.

But the problem is that, when considering everything, it’s clear that the school and college are not there to teach you the leadership skills that will help you to become a business owner.

This system drives you into the cycle that keeps you poor forever.

Just think about it.

When you complete primary school, you cannot achieve anything in life unless you get a college degree.

But to get that, you need to take a loan and spend 3 to 4 years learning how to work for someone else in order to pay back your debt.

But once you are out of college, you must have a house and a car, of course, you cant afford that because you haven’t even paid your student loan, but thankfully we have banks who generous enough to help us.

They are ready to give us more loans but we need a sustainable source of income to ensure the banks that they will get their money back.

In other words, we need to get a job.

And that’s the trap, now you cant simple leave that job.

How else you will be paying your student loan, mortgage and other loans.

You are not forced to try to any of those, however, within the elementary school, your mentality is formed to believe you need to go to college and there you’re educated to continually depend on a  job.

Why Financially Independent People Could Use Some Help, Too

12 Amazing and Cheap Ways to Update Your Kitchen

Home Renovation – How it can be Budget-Friendly

Why Financially Independent People Could Use Some Help, Too

12 Amazing and Cheap Ways to Update Your Kitchen

Home Renovation – How it can be Budget-Friendly

What Every Stylish Man Needs To Know Before Hitting The Casino 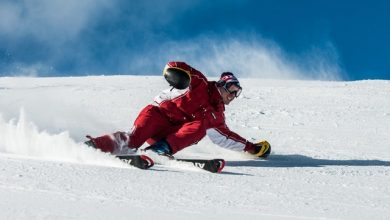 Work-Life Balance: Importance And How To Achieve