Time to light up the night but for all that’s holy and sweet please drink responsibly. Here are our picks for the top 10 drinking games. We’re looking at some of the best games that’ll liven up the party and get your buzz going.

Through drinking games can be a whole lot of fun, Please remember that moderation is key.

If you’re the giggly kind of drunk this game might be close to impossible for you to win. Simply grab a pen or pencil and a few sheets of paper and have everyone write down something that might make the other participants laugh. Then when you’ve got your golden line of comedy ready have someone else read it out loud.

Those who so much as giggle or smirk must take a drink. We’d suggest trying to fill your head with sad and sobering thoughts but after you’ve lost a couple of rounds well it’s only gonna get harder.

You know that’s not half bad. I’m gonna have to think up a name. For that, at some point, you’ll have to try one of the many movie drinking games on the Internet. Once you’re of legal drinking age that simply chooses a movie with your friends and settle on a variety of rules.

The number of rules will depend on how classic your movie is and the number of memorable moments. Quirks and catchphrases word of advice, when drinking two movies like Star Wars or the James Bond films maybe leave a few rules out otherwise you might find yourself feeling the alcohol far too early in the film.

This card game is great for big groups. Supporting up to ten players bullshit starts with the distributing of an entire deck of cards among the players after agreeing on a card to start on. The game begins by playing it face-up. Each player takes turns placing a card or multiple cards face down claiming their played card is in the correct numerical order. If someone suspects a player has played an incorrect card they claim bullshit.

If their claim is correct the offender takes a drink. It comes with the job I can accept that bullshit, if not the accuser drinks. The job’s real. The game continues until one player uses all of their cards. There are many variations out there including a cardless one meaning there’s endless fun to be had.

Within a few fast seconds, everyone must point to the person who they think would be the most likely candidate. Then whoever has the most fingers pointed at them must take a drink. Yeah, they’ll likely protest and deny it but hey, you might be shocked to discover just what your friends think of you.

5. Never Have I Ever

Everyone has led a different life and experienced different things. It’s part of what makes us human. It’s also why we play the classic game never have I ever. Each player takes turns stating something they’ve never done. Feel free to go as simple or crazy as you want. Those who have experienced it must take a drink. This can lead to some interesting or insanely weird conversations.

Need something less talkative. Not in the mood to break out the playing cards. Got some loose change lying around. Quarters is easy to set up easy to learn but damn hard to master. Ideally made for two to four players quarters involves each player bouncing a quarter into a glass or cup set in the middle. Like if the player makes it in they choose a player who has to drink.

They can do this up to three times in a row. If they make all three shots, if they fail, play passes to the next player like that. There are many variations of the rules as well as many different versions but quarters is great if you want something that requires more skill.

Please don’t take this seriously. You aren’t slapping cups full of beer. Gather a good number of cups in the center of the table with the center cup being filled with the most beer. It’s similar to another popular drinking game but it’s a different set of rules. You and a teammate stand at opposite ends of the table.

The opponent next to you must toss a ball into one of their cups. If they make it in you must take a drink from that cup. Play keeps going until only the center cup remains. Should your opponent make it to the center first, you better be prepared to guzzle the whole thing down.

No this is not a variation of the last entry. Flip Cup involves two teams of four with each player given their own drink. Starting at one end each teammate must finish their drink in a Red Solo Cup and then flip the cup upside down. The next teammate cannot start their turn until the former has finished requiring a hefty amount of speed and energy. This may not be a game for slow drinkers or the uncoordinated.

To play King’s Cup form a circle with your friends and place a cup in the center of it. Then place any number of cards around the cup and every player takes a turn drawing a card. Each card is assigned to a specific rule. You can differentiate depending on how you play but they mostly involve giving drinks or dividing drinks up.

Some will even require you to do actions but again there are many different sets of rules. The king card is the most fun though allowing the player to invent a new rule number one.

The granddaddy of drinking games. If you’ve been to well any house party chances are you’ve seen a group of people playing this. The rules are simple. Two teams have anywhere from six to ten cups on opposite ends of the table. They each take turns tossing ping-pong balls into each other’s cups.

If one player makes it into one of the cups the other must take a drink. It’s easy to learn, quick to liven up the party, and a classic drinking game for anyone to have fun with. Be warned though there are some real beer pong pros out there.

These are our selection of the top 10 Drinking games. Remember to Drink responsibly.

What Does The UNO Reverse Card Meme Means 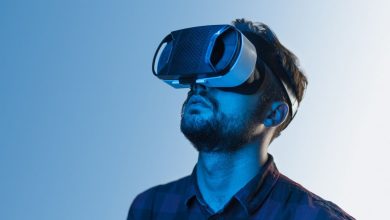 The Best VR Games To Play 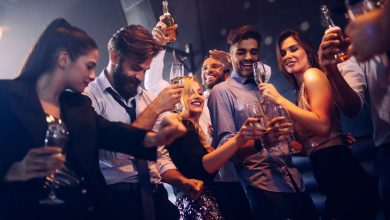 Nightclubs are Back! Here’s Everything You Need for that First Night Out