What is forgiving yourself actually?

What is the act of forgiveness?

This might sound a little bit shocking, but when you understand energy and how it actually works, this explanation is going to make a lot more sense. What forgiveness actually is no longer using something the person did, said, or whatever, as an excuse to feel bad. That’s it!

We might be feeling blame, or anger, or guilt, or judgment, or whatever. Well, we’re feeling that, and we’re using that as an excuse until we, kind of, let them go. And so, when we’re forgiving somebody else, we’re really letting ourselves off the hook by letting that go and saying, “I choose to feel better, even though this thing’s happened; I choose to feel better anyway.” That’s what real forgiveness actually is.

Often, the bad feeling that you’re experiencing isn’t so much, necessarily, because you did that thing. You’re, sort of, a heaping insult to injury, but there’s something else going on underneath, that caused the entire event, and that
you’re’ holding onto.

When you don’t step into self-forgiveness when you’re not letting that go, you’re actually holding onto, often, the initial pain that caused the entire event. And so now, you’re not shifting out of it. So essentially, when somebody else forgives you, they’re giving you permission to feel better, because you’re using this excuse, to not feel good. And, when they come along, they might say, “You know what?

How do you give yourself permission to feel better when you’ve done something really, really bad?

Shame is worse than guilt, basically. It’s more encompassing. So, one of the things you want to understand is that nothing happens, randomly, nothing just happens. Everything happens for a reason.

And, I don’t mean that in the tried, “Everything happens for some mystical reason, because there are fairies out there, and they’re pulling the strings. And, we just can’t understand it.” No, we can friggin’ understand it!

Those aren’t the reasons why they happen. Those are the reasons that we want to jump to. “I just did this because I’m weak, and I’m stupid, and I have no willpower, and I’m a horrible person.” And, you know, all of these different justifications, none of them is the truth. When you hit upon the truth, it sets you free.

If something that you’ve come up with doesn’t set you free, it’s not your truth. So, what you want to assume is, you want to kind of look at yourself through the eyes of compassion. Compassion is acceptance without judgment.

Who could, you know, not do anything so wrong that you would never love them anymore. And, pretend that you’re looking at them. Run it through that filter and give yourself the benefit of the doubt that maybe, just maybe, you had a really valid reason for reacting the way that you did.

Now, maybe that reason would no longer seem valid to you today, that is possible, but at the time, it was valid. Now, that reason may, very well not have been conscious, that is probably, pretty much guaranteed to be true, but it doesn’t mean that you didn’t have a reason.

Somebody says something, somebody does something, some circumstance has unfolded, again, not by accident, yeah; to trigger you, and in that trigger, now, you have started to feel bad. And, when that happens, what’s happening at that moment, is actually, the thing that you’re wanting to take a look at, there’s a part of you that is holding onto an old belief, a limiting belief, something’s not serving you anymore.

A part of you believes that this is going to cause you great pain if you were to look at that. Maybe, it’s a vulnerable part of you, and other people are definitely going to attack you, whatever. But, there’s a belief in there that says,
“Don’t,  don’t go there!”

And so, you develop defensive mechanisms.

Defensive mechanisms come up, and go, “Hey! No.” And, they’re usually the ones that bust out and say something. It is a defensive mode. It might look offensive. as if you’re going on the offense.

Does that make the wounded animal bad?

Can we understand if we were to see the wound?

Would you not understand that; would you not be able to have compassion for that wounded animal? Or, would you go, “Well, if you don’t want my help.” Do you know? Probably not; most of us wouldn’t do that. We would be like, “It’s ok. It’s ok, I’m going to wait until you trust me. We’re going to do this together; I’m going to help you.”

It can cause you to do things like even stealing, or, you know, things that you even consciously know are not good things. You know, it isn’t just about putting your fist through a wall, or saying something mean to someone that you love, it can cause you to take bad actions, where you’re, kind of, thinking, “Why am I doing this?”

You know, this is also what happens, when you find yourself, despite, what you really want to do, despite your best
efforts, at 3 o’clock in the morning, you open up the refrigerator and you’re eating your cheesecake that was supposed to be for a party tomorrow, or whatever. And you end up, you know, scarfing it down because you just can’t seem to help yourself.

So, when you’re just trying to suppress the action, “I should shut up; I shouldn’t do that.” It doesn’t work; it doesn’t work. You have to start earlier in the progression. Again, trying to change your reality through action, is a little bit like trying to get healthy by putting vitamins in your poop. It’s too late; you need to start earlier.

So, what you want to look at is, actually, what got triggered?

That original pain, you want to look for that original pain. You want to sit with that idea, you want to dissect it, you don’t want to just push all that away, and go, “Well, that was bad, I was wrong. I’m a bad person, I did a bad thing, and I should just feel guilty for the rest of my life.”

Actually, look at what really happened.

What were you really feeling?

Give yourself the benefit of the doubt. Why did you react that way? What were you really reacting to? Because, when you find that, you forgive yourself. It’s just like seeing the wounded animal. The wounded animal is barking, hissing, lashing out, and then you realize, “Oh!

Their paw’s broken.” Would you still feel bad about that? Or, would you go, “Oh! That’s totally understandable. I would have done the same thing.” That’s what happens. You start to understand why you did what you did, and then you can learn from that. And you can release that so that you don’t have the same defensive reaction again. 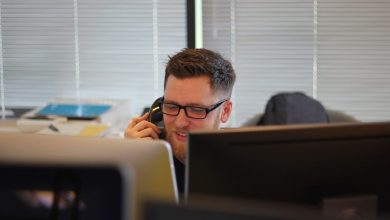 Is Customer Service The Most Difficult Job In The World? 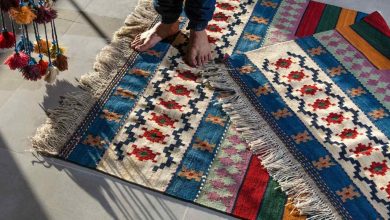 Doing Business As A Sole Proprietor? Here’s How To Make It successful

Delineating Everything You Need To Know About Registered Agents