There’s a lot of confusion on whether brown rice or white rice is worse or better than the other.

Rice is a very popular grain and it’s predominantly used in Asia from East Asia to the Middle East that’s used in various dishes and people consume it for breakfast. lunch and dinner.

Most people tend to have the assumption that brown rice is healthier than white rice and it’s not necessarily wrong but that’s basically the impression people have.

There are different types of rice but the main and the most common ones you’ll find in the supermarket’s people eating and buying are white and brown rice.

Brown rice is said to be healthier because of things that have fiber.

So indeed brown rice is much more nutritionally valuable than white rice because it has bran, germ and provides a lot of vitamins and minerals that are not present in white rice.

White rice is way tastier, tastes way better but it’s more empty. It’s not horrible for you but it doesn’t have as much nutritional value as brown rice.

Brown rice has antioxidants, it has high fiber content and we know that fiber is extremely important. 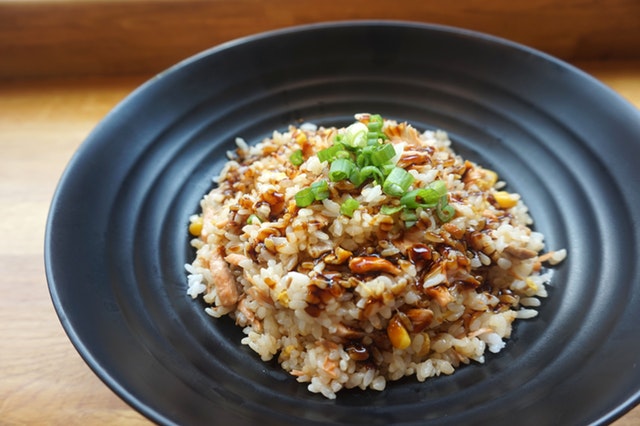 Both brown rice and white rice have some similar nutrients and vitamins and minerals such as zinc, manganese, B vitamins but brown rice has a lot more manganese.

It has a lot more zinc, it has niacin which white rice doesn’t.

Brown rice also has phosphorus and iron as does white rice but it’s twice as much.

So that’s what you want to keep in mind if you’re making a selection between the two, out of both options it’s probably going to be a better idea to buy brown rice.

Inherently none of them is fattening but chances are brown rice is going to be better on a fat loss program if you’re not tracking calories specifically just because that fiber is more satiating and it’s gonna leave you fuller for longer.

Brown Rice May Be High In Arsenic

Both white rice and brown rice can be used in a healthy diet plan but there are some problems with certain things that rice may contain such as arsenic which is toxic to people.

Brown rice is actually high in something called phytic acid which is something the paleo community is quite known for avoiding at all costs.

It doesn’t mean you have to completely avoid it and it’s not necessarily horrible for you but what brown rice has more of than white rice contrary to common belief is arsenic and arsenic is toxic to people.

It’s horrible we should not be eating it and because of pollution and because of the state of global warming and environmental degradation arsenic levels in rice have been increasing over the years.

If you consume rice from time to time you have it a few times a week whether brown or white it’s not going to make a big difference.

In that case, you should probably choose brown rice over white rice just because of the extra antioxidants and fiber nutrients that it has.

If rice is a huge part of your diet, let’s say you’re from an Asian family or you just consume it for breakfast, lunch, and dinner because you’re trying to gain weight it’s going to be great for fueling workouts that require a lot of muscle glycogen.

If rice is a big part of your diet you may want to be more careful and cautious about the source of rice making sure it’s lower in arsenic.

Brown rice is going to be a better option for you in general but overall it’s not going to be the biggest deal especially if you’re counting calories, macros and micronutrients and you’re just meeting a number through various different types of foods.

If white rice is one of the means you use to increase carb intake and you’re consuming fiber from fibrous vegetables that go with your rice then it’s perfectly okay as well.

It’s not necessarily the best way to look at foods because some fruits watermelon, for example, might have a high glycemic index than ice cream that doesn’t mean you should eat more ice cream as opposed to watermelon.

The idea is that a higher glycemic index is generally worse and white rice has twice as much as brown rice.

That’s something you want to consider.

Something you can also do if you want is to mix the two and cook up a big batch of both and then just mix them into one.

You get a kind of nice taste from the white rice but you also get some of the fiber, antioxidants nutrients, and vitamins from the brown rice. There’s something you could consider doing.

Basically, they’re both good options to include in your diet.

Especially if you’re trying to gain weight white rice can be a great way of fueling your workouts and adding extra calories.

If you’re trying to lose weight then brown rice might be the better option just because it’s more satiating from the fiber that you get and it has some more antioxidants and nutrients that you probably want to get into your system.

If you include rice in your diet according to your diet plan then any of them can be beneficial. 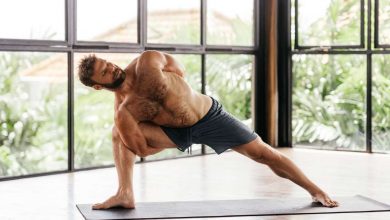 How Do You Teach Vinyasa? Take Your Yoga Certification

Erectile Dysfunction And Its Treatments

Enough With The Same Boring Workout – Add Variety To Your Workouts!