Have you ever heard of a person who knowingly dives headfirst into an abusive relationship?

So, in the beginning, it’s not always easy to tell if a relationship will become abusive.

They emerge and intensify as the relationship grows but warning signs do exist even if they aren’t easy to recognize or accept.

In this article, I will share 8 early warning signs of an abusive relationship before it goes too far.

Many of you are probably thinking it won’t happen to me. I’ll never allow anyone to control me or engage in abusive behaviours.

Of course, no one would knowingly dive into an abusive relationship.

The problem is is that it doesn’t start out as abusive. In the beginning, abusers are charismatic, attentive, committed and they’re real Prince Charming’s.

These relationships often begin as incredibly intense and unrealistic expectations

An abuser will work to make you feel so appreciated and so loved you won’t even notice he’s controlling you as you relinquish your life an inch at a time becoming more and more entrenched in the relationship.

Abusers hold themselves back until they gain their partner’s trust and love and it works.

Let’s face it as a society we’re tired of people with controlling behaviour.

Someone who says I love you and talks about marriage and children is a weird creature to be cherished and when they test your limits and boundaries it’s easy to find yourself feeling unsure and searching for an excuse or justification for their bad behaviours.

So warning signs do exist but they aren’t easy to recognize or accept here are 8 of them.

The most difficult warning sign to accept is how fast things progress.

Like they want to see you every night, they want to move in after a month. The abusive partner may claim you’re perfect for each other that it’s love at first sight,  that you’re soul mates and other romantic and idealistic sounding things.

Unfortunately, the desirability of this behaviour gives controlling partners the best opportunity to gain total control over their partner’s schedule and life.

2. Unrealistic expectations and “should”

As things progress and get more serious we start to see new signs developing.

One is finding that your partner has unrealistic expectations and commonly tells you the things that you should and shouldn’t be doing.

This attitude will increase over time until you no longer know who you are. If you’re not living up to the expectation the world is ending after all you’re their whole world.

They want the Disney relationship with the stereotypical gender roles like they should provide and if their job isn’t going well then it’s a problem.

This can take many forms such as excessive texting and telephone calls.

They might overwhelm you with constant flattery and at first, you will not perceive this as bombardment.

You will initially be flattered that they’re paying so much attention to you. They will leave you small love notes and send you a sweet text.

It’s like something from a movie and that’s because it is like that. It’s more fiction than it is a reality.

Other big warning signs include lavishing a partner with gifts.

This creates a foundation where any complaint by the new partner brings accusations up, ungratefulness and greediness “After all, I’ve done for you this is how you treat me.”

This refers to the abusive partner overreacting to little things too little comments or jokes or small issues.

Abusers often have low self-esteem and take everything personally.

They may be easily insulted or claim that the world is against them if they meet the slightest setback.

If you disagree with anyone or about anything no matter how trivial you’ll be insulting them to their core and calling them a terrible person who can’t do anything right.

This often shows itself in a set of rules that have clear double standards.

If she glances at another man that means she doesn’t find her partner attractive anymore and she’s cheating on him but if she comments on him blatantly checking out another woman and she’s calling him a pervert and accusing him of terrible things that he would never do.

Abusive people criticize anyone in anything at any time even when they know nothing about what they’re criticizing.

They tell you how much better that they could do something and warning this can look like confidence at first but with an abuser, it can turn into be egomania and even abrasive arrogance.

Healthy people have no need to belittle others they feel that everyone is equal and that there is enough room in the world for everyone to be great.

On the other hand, abusers want the world and everyone around them to be perfect but their own minds are a complete mess, they can’t make sense of their own stuff.

So they focus their fixing energy on others. They want to talk about what everyone else is doing wrong.

Blame is placing the entire responsibility for one’s unpleasant actions and consequences and feelings of another person or external event and insisting that others agree.

A blamer refuses to admit that they have ever done anything wrong. They will always consider themselves a victim and no matter what really happened if something goes wrong it’s always someone else’s fault.

So they will never apologize for anything because they feel guilty

So blamers will do everything in their power to make their failures seem like someone else’s fault and eventually their failures will be your fault and they’ll try to make you feel guilty for the things which you have no control over.

Abusers will try to make you feel guilty for wanting to spend time with friends and family.

For example, a woman might avoid an evening out with her friends because she knows her partner is jealous and he’s afraid of his reaction afterwards.

Now he may mask his behaviour and try to flip the conversation towards questioning your motives for wanting to go out.

8. Mean or abusive towards others

Warning signs are often obvious in how the abuser treats everyone else.

Like the waiter brings the wrong wine and it turns into a scene where the manager is called.

Someone bumps into him in the street and he yells obscenities even though he’s not heard in the slightest or he’ll make critical comments about every other person in the room not caring about who’s hearing him.

Abusers have short tempers and work hard to hide it from their partner.

Pay attention to the way that they treat strangers and you’ll be surprised at what you might observe.\

Seeing any of these signs once doesn’t mean you should run for the hills, but if you’ve seen multiple warning signs or a progressive pattern develop you should be concerned.

Be wise and trust your instincts and protect yourself and if something doesn’t sound or feel right do what’s best for you and keep yourself safe.

Sadly people are often unaware of these signs until it’s too late and they have completely relinquished their lives to an abusive and controlling partner.

How to Have a Perfect Proposal: A Guide for Every Gentleman 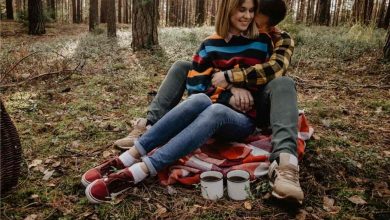 The Science Behind Give And Take relationship 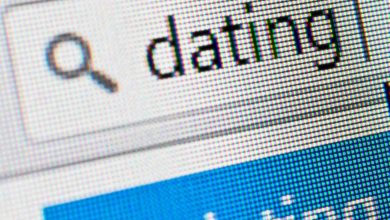 7 Steps To Being Successful In Online Dating